Dope music with a dope crowd IS literally dopamine: a safe hit of happiness without the dangers of other addictions.

Background: ALL FIGURED OUT (AFO) was one of several SONUTION-instigated 'Sonietal initiatives' (series of micro-interventions in society using audio), in this case to identify isolated, moody teens in real life and use the iOS music-making app, "Figure", as a change tool before they are ensnared by hard substance abuse. By facilitating their collaboratively producing a loop/clip, it thereby prompted their social interaction and finding belonging through shared creativity. Pun intended (to get your life FIGURED out)! It stayed running for 2.5 years, and we ended it in January 2019 due to de-support of the app announced by Allihoopa, its developer (it's a tough industry to stay afloat in, as music sites like TIDAL and SoundCloud know all too well).

Setup and Results: We started off with a hypothesis... that you don’t have to be a professional to help a troubled and lonely person, and they don’t have to be a musician to make epic tunes. As three Sonutioners (TW, Cr8iv1, and ha-BEEP) with zero psychology qualifications, we took this initiative to our respective neighborhood high school. In the early days each would give their phone to one antisocial youth with the app preinstalled who they encouraged to produce a bassline, then the phone would be physically loaned to another who would layer on a lead, and finally a third would complement with a drumbeat. The Sonutioner -- being proficient in audio engineering -- then finalized the clip by tweaking notes and polishing mix settings, exported the audio using Loopy and share back with the collaborators, triggering the potential for local friendships. 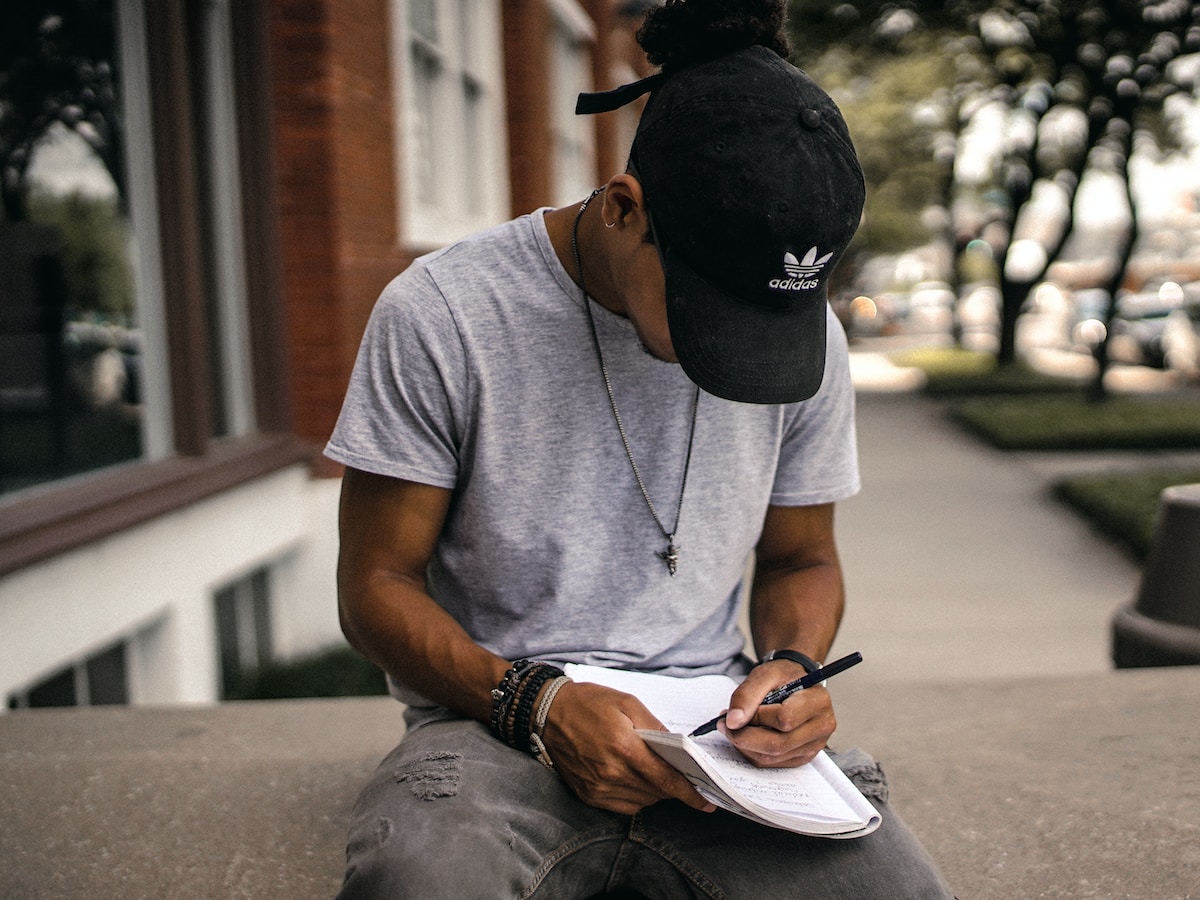 Later on, this was expanded to include remixing tracks by other Figure users worldwide using Allihoopa's online community sharing platform. We created a container to categorize/group/manage the myriad of tracks created, which as AFO we deemed the "Figure Albums Project". This was made possible by a new Collections feature that was rolled out following our (and probably other users) feedback to its management. By the end of AFO, 17 youths had been exposed to Figure. Numerical data has also been requested from Allihoopa and we will update this case study with the report stats as soon as we receive them. UPDATE: The “figures” (pun not intended!) are in: 407 clips were produced in the project across 29 albumettes, attracting a total of 46 followers (active & inactive).

Analysis: Reflecting back, one can conclude that being part of a musical collab does have a great impact on the sense of well-being and meaning in general for all those involved. We think this has had long-lasting effects, as we believe some participants, exposed to Figure, possibly went onto download it themselves and sign up for their own Allihoopa accounts... giving them a bully-free channel for nurturing a talent and discovering an ambition.

One lesson hard-learned was we should have been dropping songs to the Allihoopa online platform as soon as completed, instead of hoarding them on our phones until we are ready to share and tag them perfectly (#procrastination)! Secondly, to have been more publicly active on social media about all the great work we were doing with AFO and contractually getting releases from parents for the identity of subjects so we can talk about specific instances. We also otherwise missed out on interacting with a world of other users on Allihoopa as well as Allihoopa management itself and scaling our impact, despite being relatively early adopters of the platform. And another was to have expanded our initiative to include other apps that were later added to Allihoopa, such as Take for vocalists, and converting loops/clips into full-blown tracks with a DAW such as Reason, but we were understandably cautious of increasing complexity making experiment-monitoring challenging given our limited pre-launch resources at SONUTION. All the above learnings are central to our new wider SONUTION beta model, not just the SONIETAL initiatives experiment itself.

What we enjoyed most was :
- the opportunity to get on the pulse of experimental musical currents as they were emerging, from raw rhythms to acapellas, before they take shape into a full track
- the exploration of uncharted legal and ethical territory around the very concept of ownership and recognition of creativity, at the nexus where the line of IP and copyright blurs, a glimpse into how the music technology industry is evolving for the next generation after us
- the interplay of different talents and influences, their creativity freed through a system of seamless integration between different apps/tools

Possible Next Springboards: We consider the AFO sonietal initiative now definitively over and are evaluating our options for if/how to revive it. Like many other Allihoopa users, we are waiting to see if a White Knight comes to save the day and extend the lifespan or resurrect it afterwards, be it ...

All of the above is speculation and we would caution against making any decisions based on it. It is also important to note that Allihoopa is no doubt in sensitive discussions/deliberations now and readers should respect that it must be a very taxing time for everyone (and their families) at Allihoopa just even more than that of users. What we CAN say is that -- our being an advocate of freedom at the electronic frontier, and an ardent believer that such can best foment innovation in the music technology scene (as it did during the early 90's demo scene/MOD tracker days predating Propellerhead's first ReBirth TB-303 emulator we used to produce with) -- we very much hope a FOSS path prevails, and offer to extend our resources to this end. We might be involved in finding a new home for Allihoopa (or its community) and could facilitate free server resources as a non-profit and liberating its community further, that would allow it to organically evolve in a semi-decentralized way, potentially overcoming hesitations from serious musicians with gripes about the protection of their copyrights of their own outputs, and the need to have to waste time fixing the EQ on 'raw' clips initiated by others to be usable in any pro setting (vs basing off off pro studio-produced loops). But it's all conjectural at this point, there's a lot of current efforts out there and risks to be measured.

With regard to the future for Figure, some would like to see it go back to Propellerhead and it be a responsible parent that gives its baby more love as a paid app. But Propellerhead's internal 'REASONing' may be justified, not unlike Mozilla Foundation's spinoff of Thunderbird to focus on Firefox, so being a for-profit company it may or still may not be the best home for Figure in the first place. Actually, it's not out of the realm of possibility for SONUTION to have its own free 'beat-pressing' app for its nascent, fledgling community.

Foremost we want what is best for Allihoopa's inter-operative ecosystem of partner and in-house apps (like Figure) and their core users, so we would like Allihoopa's insolvency process to take its natural course... and we would celebrate any result that would mean existing creatives keep collaborating, and more people in the world have accessible ways to connect and co-create musically. We hope ANY of the above White Knight scenarios transpire. Maybe it's been so much of a crazy rollercoaster for Allihoopa management/staff and they're just DONE... each so ready to move to an entirely different ship, like pro icy-lake-jumping!

Meanwhile, users are scrambling to back up their creations through Allihoopa's considerate Mixtape service, and abandoning the site for other aforementioned similar platforms (it seems many are flocking to BandLab and Metapop). We may end up doing the same and bring AFO back there under a new name. Or we may pare down the variables by using a simpler real-time non-login web-toy like Plink or standalone app [of which there are many on app stores] that doesn't have the community bells-and-whistles (albeit, we know the profound value of having the collaborative power of track-to-vocal-to-DAW at our fingertips). 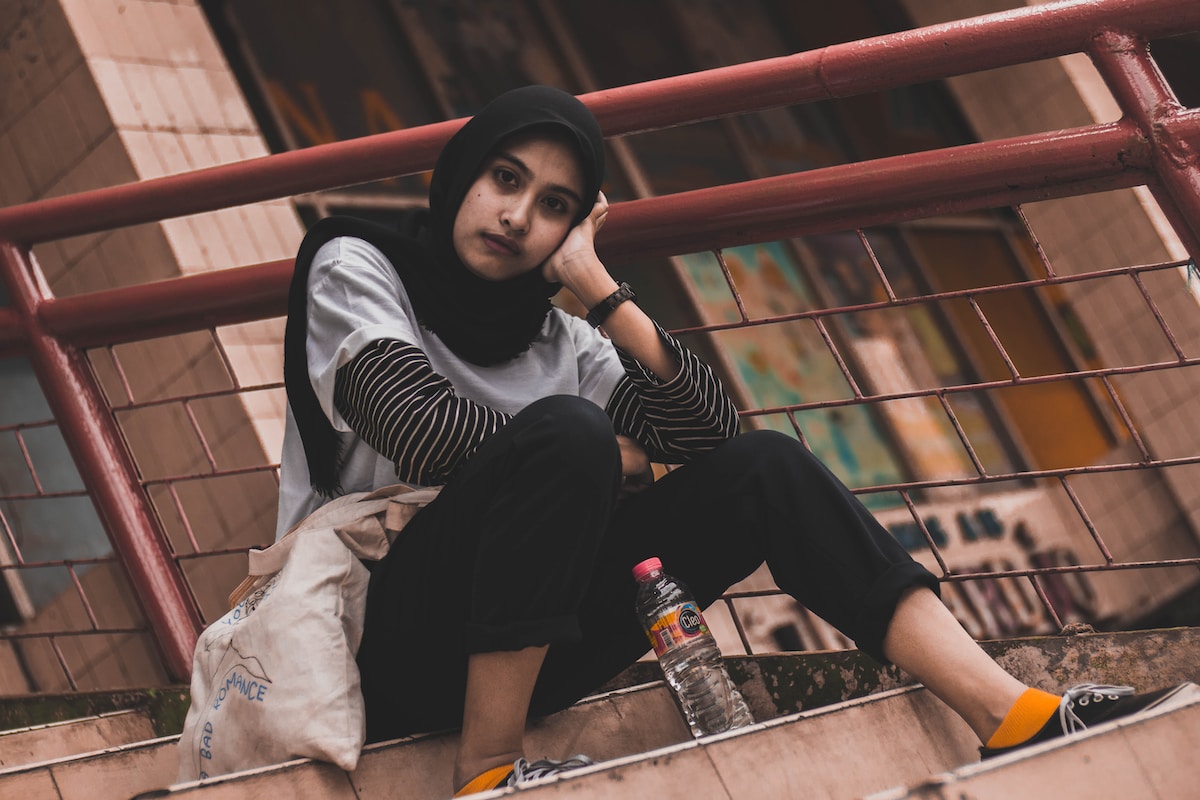 Our suggestion to new readers who were not familiar with tools like Figure / Allihoopa who feel they've missed out on something is to go right away to any collaborative musician’s online community, find a drum-loop, melody, riff, acapella, or other raw element of a potential music piece… and build on it (or invite a loved one to add to yours), then share the improved piece with the initiator back on the platform… or participate in a live group improvisation session. Most important is personal contact by exchanging contacts and really talking to your collaborator(s) over VOIP. Personal connection is key to rewarding gratification.

About SONUTION:
SONUTION is a non-profit, social-enterprise resource we are co-creating and gifting to everybody, to find change-the-world solutions through human interaction and sound. It’s not a collab-matching platform (unlike Allihoopa); but we use platforms like these to steward our initiatives, so they’re valued complementary enablers. We did a successful pilot real-life event of our Co-Reson8 sonietal initiative in 2015 to prove that concept, and various online activities like AFO and between 2016-2018... now expanding our events and instigations worldwide through SONUTION.com, our new web platform currently under development.

Thanks for reading! If you are interested in hearing some of the tracks produced before the plug is pulled on the 17th, here is a link to our 'Figure Albums Project' collection on Allihoopa

If you want to learn more about getting involved, you’re invited to catch our first live Q&A interview through MIXLR radio THIS SUNDAY.

We have zero affiliations with any of the companies mentioned / linked to in this article. Image credit: DJ TONY ROOK by permission.

PreviousNext
Return to site
All Posts
×

We just sent you an email. Please click the link in the email to confirm your subscription!